I imagine there’s plenty of people in the world
who would say (I can hear and see them
now, their wagging
fingers and tongues)
that it’s (for any number of reasons,
you can pick one) wrong,
us being here together
in this dark and
questionable establishment
ordering our third round
at 2:25 .
on a Tuesday afternoon
while the better and more
sensible folk
are out there working
taking care of things
and generally composing themselves
in some more acceptable fashion
or other
but if we all lived our lives
in constant fear of doing wrong
we’d never get out of bed
and nothing would ever happen
right wrong or otherwise
so here we are
getting sloppy with our
whiskey and gin
beneath the sun’s glorious indifference
because somebody’s
got to make some kind of effort,
right?

William Taylor Jr. lives and writes in the Tenderloin neighborhood of San Francisco. His work has been published widely in journals across the globe, including The New York Quarterly, The Chiron Review, and Catamaran Literary Reader. He is the author of numerous books of poetry, and a collection of short fiction. He is a Pushcart Prize nominee and was a recipient of the 2013 Kathy Acker Award. To Break the Heart of the Sun is his latest collection of poetry.

The calendar slows to last hurrah of pistol breath, quite unexpectedly at first, then as graying matter corset spine, finally coming to forested ham in jellied whiff of crane. I can access frozen time, but cannot buy the wisdom damned to cursive heaps, somewhat due to syntax. Gravy reinterprets far-flung salient collusion, gonging vigil tones to shimmering dust. 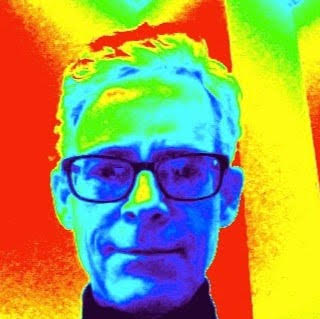 John Pursch lives in Tucson, Arizona. Twice nominated for Best of the Net, his work has appeared in many literary journals. His most recent book, Intunesia, is available in paperback at http://www.lulu.com/spotlight/whiteskybooks. Check out his experimental lit-rap video at https://www.youtube.com/watch?v=l33aUs7obVc. Follow his work @johnpursch on Twitter and john.pursch on Facebook.

In my darkest fantasy,
all the lights are out in my house;
there’s a power outage in town.

The clouds shield from view
a round, sexy new Moon
no one can see.

While blindfolded, I manage
to tape several sheets
of black construction paper
all over all my windows;
if everyone in the room
were to bite into
one wintergreen Lifesaver each,
there would still not be enough
fireworks to see by.

It isn’t possible to make out
eyes, or shapes, or contours
in the total darkness,
but I can hear women in here
and also two or three men.

I smell leather; hear
the caps getting snapped
off the bottles of lube;
I hear someone bang their toe
and fall over the ottoman
I forgot to move out of the way;
I can hear the screams
of that person as they crash their face
into the oak end table I forgot
that I moved next to the ottoman.

I can’t see a damned thing.

Which is why this is my darkest fantasy. 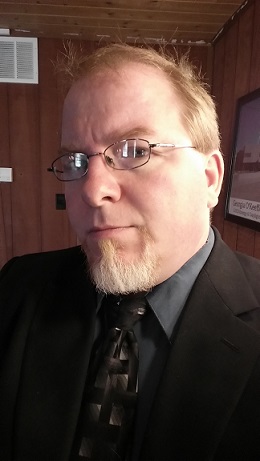 Rich Boucher resides in Albuquerque, New Mexico. His poems have appeared in Gargoyle, The Nervous Breakdown, Apeiron Review, The Mas Tequila Review, Menacing Hedge and Cultural Weekly, among others. He is the Associate Editor at Elbow Room Magazine: elbowroomnm.com.

You tried to escape yourself
& transcend crucifying daily matters
you were captive in, whatever
sealed the bottled vacuum of need.
Didn’t we beckon to the sun gods enough?
Those who thought they’d frolic forever
& change the purblind world
were inert ashes beneath bare feet,
stopping the big clock’s fateful wend.
Back to the first second of time
nomads saw the evening trend
of the mystery trance around us.
No one could break the linkage
between life & death, sun or moon.
American pioneers crossed the plains
singing of life in a deeper valley
with virtual sameness to worship in.
The terrestrial clock stopped
again as the new hour became old,
minutes dancing on wily fingers
of a slain Indian’s severed hand
raining bloodlust in deserts of love. 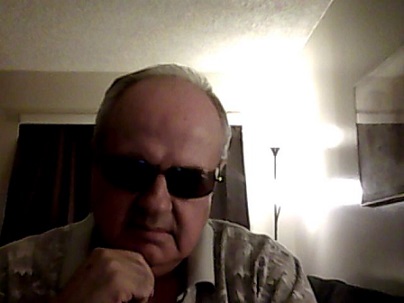 Peter Magliocco writes from Las Vegas, Nevada, where he’s been active in small press circles for several years. His latest poetry book is Poems for the Downtrodden Millennium from The Medulla Review Publishing.

I stand cast in shadow
of dark raven wings
In maddening clamor
they hover empty sky
The stars have been stolen
Time raptured the moon
Bloodied tears rain down
from raging ebony sky
Scorching my skin, stinging
my worthless guides of eyes
The ticking of that wicked little
clock thunders through my chest
Stifling air strips the breath
from my shuddering lungs
Armageddon’s trumpet blares loudly,
rattling my skull.
Fear reaches down to smother me
She wraps her hands around my throat
I mock her weakness
for loneliness owns my soul
and brokenness my heart
Emptiness is the greatest terror 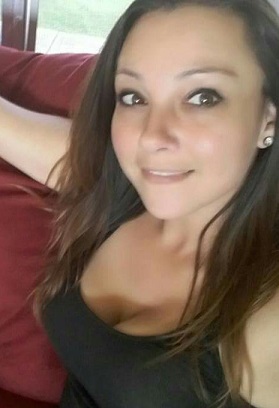 Nicole Surginer is a poet from the small country town of Bastrop, Texas. She is inspired to write by her love for nature’s enchantment, a fascination with the power of raw, intense emotion and a desire to create beauty with words. She has been published in Tuck Magazine, Anti-Heroin Chic, Indiana Voice Journal, Tuck Magazine, Sick Lit Magazine and pending works in the Contemporary Poets Facebook group anthology, “Dandelion in a vase of roses

Which would you rather take, the shortest route or the most scenic? My mother wouldn’t drive on highways, ever, a phobia I don’t share but many apparently do. Give me a number, I said in a stern voice. No one could. The zoo wasn’t to blame. My mother would turn over in her grave if I put Velveeta on my enchiladas. A woman just back from a weekend road trip fell naked into bed, and instantly there were a dozen different kinds of monkeys and big wildcats floating like fiery debris all around us. 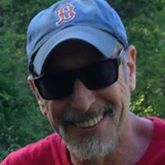 Howie Good is the recipient of the 2015 Press Americana Prize for Poetry for his collection “Dangerous Acts Starring Unstable Elements”.

You’re tucked in hypogeum of my hatchback
tussling, to be culled into consciousness.
In our context,  I am Cerberus.

Memorabilia is for monkeys.
As manager of a menagerie, I come with weight
but tonight your red bottoms trouble me.

Chronicles of your kittenish filter in.
With them arrive the ache of losing again.
Optics of my love narrowing into nothingness.

Snakebites are never alike but the echoes
of their agency are dictative. A confirmed
heretic, I choose instinct over instruction. 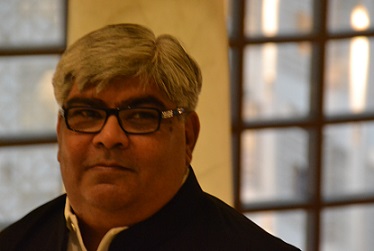 Sanjeev Sethi has published three books of poetry. This Summer and That Summer (Bloomsbury, 2015) is his latest work. His poems have found a home in The London Magazine, The Fortnightly Review, Ink Sweat and Tears, Sentinel Literary Quarterly, Amaryllis Poetry, The Galway Review, The Open Mouse, Otoliths, and elsewhere.

Out from her glass-case she steps,
sneakers, then her smile going on,

I can see her ticking a list just to be sure,
that mathematics degree is hard to shake off,

one even manages to string some deeply profound
Marxist shit together, but, she never studied arts –

drags him off. What are my chances?
I’ve no raincoat but I can flick coins and chew gum,

I can mimic leaning on a skyscraper
as her smile remembers where her face is,

John Doyle is from County Kildare Ireland, or so he alleges; he finds poetry to be a therapeutic release from horrors he must endure every day, like television sets fat to their faces with celebrity chefs and cops shows, and endless wailing of neighbours’ children having overdosed on ice-cream. He is one year older than the age David Brent was when he said he was in his 30s.

Throughout life
Ed managed
to get himself
in hundreds
of precarious
situations.

He was often
heard saying,
“I’m the smartest
dumb motherfucker
you’ll ever meet.”

Scott Wozniak is a poet/chaos enthusiast living in So. Oregon. His works have been widely published both online and in print. He has work forthcoming from Svensk Apache, Lummox, and Kind of a Hurricane Press. To find out more, visit about.me/swozniak.

She doesn’t so much arrive
as materialize in a dark corner
of the bar, amid the legs turned up
to the ceiling stools wearing a scent
sop intoxicating no one can resist it.
“What’s the name of that perfume
you are wearing?” The barman asks.
“Assault.” She says, smiling in a way
that might have been beguiling if her
face were less indistinct, if the room
had been less confining instead of like
a cave with swivel chairs, drawn
blackout curtains that no breeze riffled,
no light entered.”
“What’s a girl got to do to get a drink?”
“Name your poison.”
“That’s my line.” She says, her pale
white fingers tapping the bar, long white,
even paler arms extending from sheer
black gown.
“I suppose this is where I lean over the bar
and receive the Kiss of Death?”
“I don’t know. That’s up to you.”
Nothing moves. Not even the hands of
the wall clock. 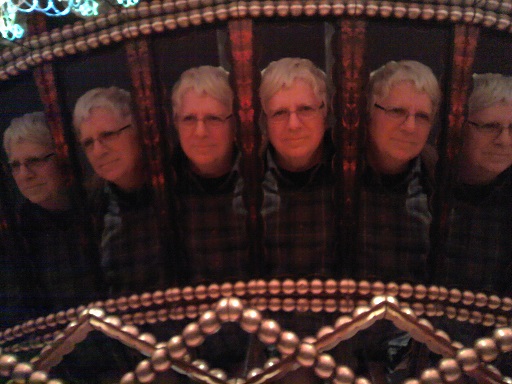 Alan Catlin is a widely published poet in the US of A and elsewhere. His most recent book is “Books of the Dead: a memoir with poetry” about the deaths of his parents. He is a retired professional barman and the editor of the online poetry zine misfitmagazine.net.