mornings of death
caked toothpaste and cat litter back rubs

broken blinds to keep the world out
a man could do much much worse, i know

cracked floors, drawers that have given up

an everest of poems unsent and unwanted

thin walls full of fetid breath
and other dull lives

and nothing left in the cabinets
but empty boxes

and band-aid wrappers
stuck to the floor. 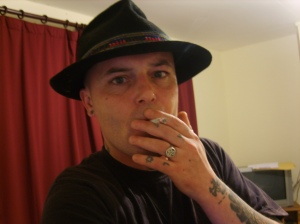 Paul Tristram is a Welsh writer who has poems, short stories, sketches and photography published in many publications around the world, he yearns to tattoo porcelain bridesmaids instead of digging empty graves for innocence at midnight, this too may pass, yet.
Buy his book ‘Poetry From The Nearest Barstool’ at http://www.amazon.co.uk/dp/1326241036
And also read his poems and stories here! http://paultristram.blogspot.co.uk/

To find out what I think about things

Usually my response to something I’ve noticed

I’m not sure I want to be a writer. I started writing 8 years ago, during some tough times.

How Do you deal with rejection?

It makes me feel rejected for a moment but I know that editors’ tastes are all different, and the piece will probably suit someone else.

It is now – for thirty years, making stained glass panels was my creative outlet. Now I have elevated lead levels, and bad lungs, from not taking enough care while working.

Don’t stop writing. Don’t worry about what anyone else thinks. Write every day.

I write best in the early morning, first drafts fly out. I revise, sometimes by posting to online poetry forums or workshops, sometimes with a local workshopping group. I find there are two different processes, the flow, and the fiddling. I love the flow, and get cranky with fiddling. But it has to be done. 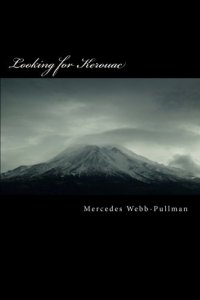 Mercedes Webb-Pullman graduated from IIML Victoria University Wellington with MA in Creative Writing in 2011. Her poems and short stories have appeared online and in print, in Turbine, 4th Floor, Swamp, Reconfigurations, The Electronic Bridge, poetryrepairs, Connotations, The Red Room, Otoliths, Cliterature among others, and in her books. She lives on the Kapiti Coast, New Zealand.

A veteran of the writing game for more years than he cares to remember, Bryn Fortey edited the well received (at the time) OUTLAW,
a post-Beat poetry magazine from the 70s and at the same time had short stories in FONTANA anthologies, among others. After a
while away from the literary scene he recently returned with both fiction and poetry acceptances. In 2014 The Alchemy Press published
his debut collection MERRY-GO-ROUND, combining short stories and poetry in one book.

sometimes the seconds
play out for hours
with a perfect soundtrack
of pain
& gods & angels
seem the farthest thing
away
& there is no option
but to let yourself  bleed
dry
then walk away to a
completely new &
unknown place
for the unfamiliar streets
though uncaring don’t
always kill
& our blood only comes
in limited amounts
we can only bleed so much
before any further pain is
a choice:
or nothing more than a
lodging we refuse to leave.

Brenton Booth lives in Sydney, Australia. Poetry and fiction of his has appeared in many small press publications. To read more of his work visit brentonbooth.weebly.com

This, to me, is like asking “Why do you breathe?”  I can’t not write, and writing keeps me breathing on a regular basis.  I write to try to carve clarity, and I hope create a bit of beauty and meaning, out of the raw chaos of lived experience.

At the moment, lots of scholarly tomes related to theories of trauma and haunting, linked to an essay collection I’m co-editing on the Southern Gothic, and to the monograph I’m writing on race and slavery in the Early Atlantic.  For pleasure:  I love detective fiction, particularly novels set in Italy by authors such as Donna Leon and  Lucretia Grindle.

Nature; the wonders and the weirdness of family; sounds and accents and voices; incidents when I travel; the language of children, which is wonderfully direct and uncluttered with stale metaphors; old photographs; songs; paintings.

I’ve been writing stories and telling stories as long as I can recall, from the age of about four.   I wrote and directed a play when I was 8 years old called Rough Road Home, about intrepid pioneers.  One scene required that I climb a chinaberry tree with the family cat and cast him out upon my cousin, whose line was “Eek!  A wildcat!” She shrieked like a banshee.

How Do you deal with rejection?

Pretty well, actually.  In this poeting racket, one has to have a high degree of sensitivity along with the hide of several rhinocerii.

No…I enjoy painting with acrylics.  My paintings aren’t exactly Immortal Art, but that feeling of being completely absorbed and in the flow does give me huge pleasure.

Don’t be so hard on yourself. And don’t imitate…find your own true voice, and go for it.

Read good writers and learn from them. Believe in yourself…and persevere!  I know someone (who will remain nameless) who submitted a screenplay to 86 agents.  The 87th took it, and got him/her an advance of 100k plus a 3-book deal and film rights.  Remember as well that great writers often weren’t critically acclaimed in their own lifetimes…the important thing is to write words that last, and that make us look at the world in new ways.

For scholarly writing: once the research is done, I break the project into manageable chunks and set myself a target of X words per day, and stick to it relentlessly.

But poetry is a very different thing.  I write when I feel the poems nibbling at my head and refusing to go away.  And I write them on my laptop…it makes tinkering with line breaks so much easier.  Wordsworth’s comment about emotion recollected in tranquillity rings very true…most of my poems come from a place of emotion, but then I try to pare them down to the bone.  However, I’ve had to learn to avoid editing the life out of a poem!  Still, that feeling one gets when a poem suddenly comes together is just about as good as it gets.

Susan Castillo Street is a Louisiana expatriate and academic who lives in the Sussex countryside. She is Harriet Beecher Stowe Professor Emeritus, King’s College, University of London, and has published two collections of poems, The Candlewoman’s Trade (Diehard Press, 2003) and Abiding Chemistry, (Aldrich Press, 2015). Her poems have appeared in The Missing Slate, The Stare’s Nest, Nutshells and Nuggets, I Am Not a Silent Poet, Snakeskin, Message in a Bottle, Literature Today, York Mix and other reviews. She is a member of three poetry groups: 52, Goat, and Slant 2015.

She keeps returning to a man
with dirty fingernails &
artificial clouds for eyes.
Never gets further than Tulsa
or a town of half-naked windows.
Her excuse: I am pig-headed
on dry afternoons. When perfectly alone,
I am burning mulch & bitternut bark,
my twigs are too high to see or grasp.
He stares past her & lights a cigarette,
needs someone to unclog the bathroom tub
of coarse hairs. He loves the swoosh of hot & cold. 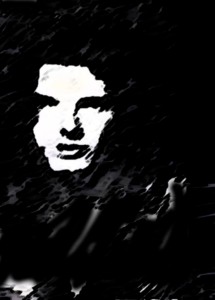 Kyle Hemmings lives and works in New Jersey. He has been published in Your Impossible Voice, Night Train, Toad, Matchbox and elsewhere. His latest ebook is Father Dunne’s School for Wayward Boys at amazon.com. He blogs at http://upatberggasse19.blogspot.com/

maybe their
instincts will
get them
through

as usual for cats

i’ll take their
indifference
as love 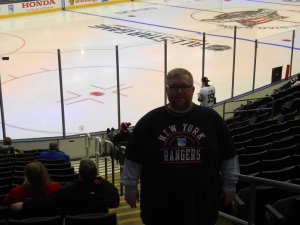 J.J. Campbell (1976 – soon) is old enough to know better. He’s been widely published over the years, most recently at Dead Snakes, The Camel Saloon, Horror Sleaze Trash, NewPoetry.net, and ZYX. His last book of poems, Sofisticated White Trash (Interior Noise Press) is available wherever people buy books these days. You can find J.J. most days bitching about things only he cares about on his highly entertaining blog, evil delights. (http://evildelights.blogspot.com)

I love artistic people, full stop…but and I’m serious, when you come across work like this you have to tip the cap!

Mercedes, deserves all the respect a friend can give her….she’s got it!

Something about the way
she said this
rubbed me the wrong way,
dismissive and whatnot
as if she had seen my type
far too many times
and was rather jaded with
the predictability.

“It’s just sex,” she said,
trying to rub some life
into my organ.  “What are
you so nervous about?”

Then she placed her hand
on my chest.  “Your heart
is racing,” she said.  “Are
you okay, baby?”

We tried a bit more,
an exercise in carnal futility
as my blood had fled
to the wrong areas.

And later,
sitting in my apt.
with beer and cigarette,
I told myself that was it,
no more booze
prior to pay for play,
whatever play
was—

In this case,
more or less a physical
and psychiatric examination
by a sex worker
whose bedside manner
put my shrink’s
to shame. 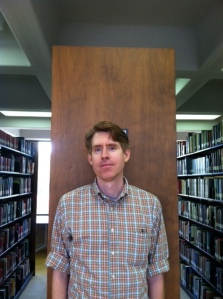